Displayed during “Beyond the Structure” exhibition in Madrid, the Timbrel Vault Art installation is a result of the collaborative work of SOM+UAH Timbrel Vault Workshop. Timbrel vaults are a traditional masonry construction method from the 14th Century. This typology is found throughout the Mediterranean, mainly in Spain. Architects like Gaudí and Guastavino made it known all over the world. What sets these structures apart is their self-supporting ability and ease of construction from inexpensive and local material. Due to their aesthetic and historical significance, an annual Timbrel Vault Workshop seeks to revive this construction method, especially in places where resources are scarce. Despite the vaults’ strength in compression under self-weight, they have a significant weakness; they are vulnerable to lateral forces, such as those caused by earthquakes. As experts in seismic design, SOM engineers were invited to participate in the annual workshops. SOM provided technical solutions which drastically improved the seismic behavior of these structures, making them safer and more economical. This installation revives an underutilized method that can bring new solutions for pressing challenges in the built environment, exemplifying one of the exhibition's main themes; the economy of a structure depends on how efficiently it can be constructed. 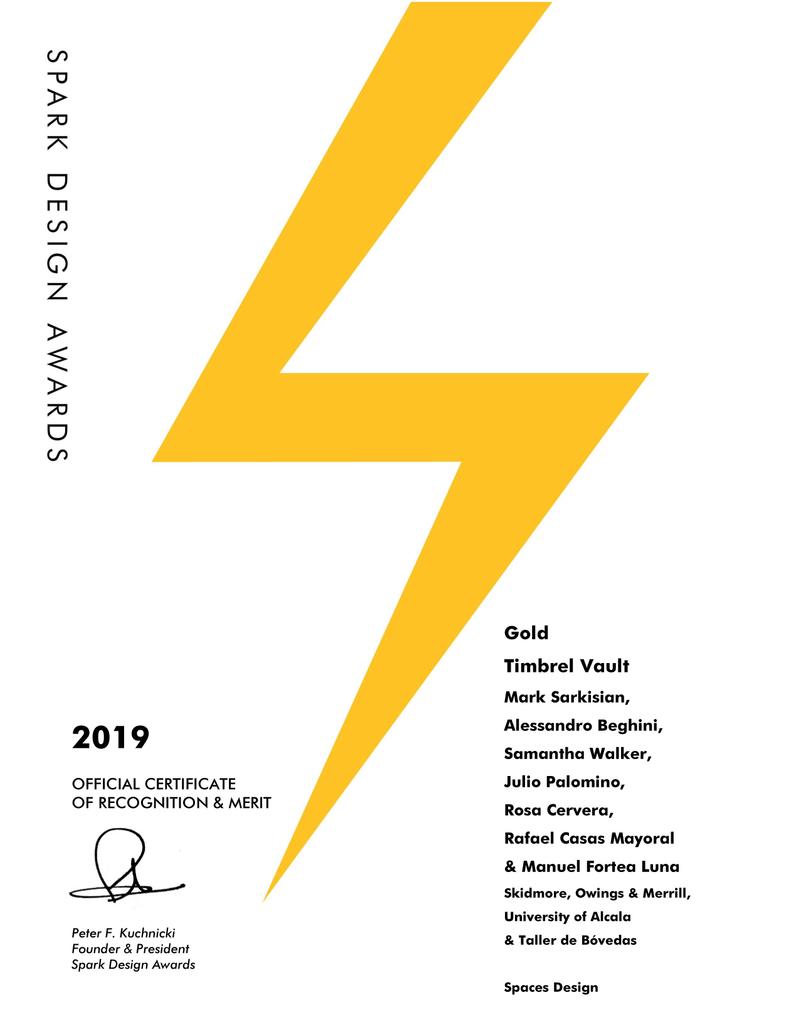