The Memorial is articulated in a frame consisting of "Reception Pavilion", "Way of Memory", "Stele", "Honorary Groves" and "Place of Tranquility". The "Reception Pavilion" receives visitors in an essential and compact volume. The building is divided longitudinally into two parts: a first part fort he service rooms; a second part with welcomes on both sides and panels that inform about the missions of the Bundeswehr. The "Way of Memory" is the central element that leads visitors, through an open-air path paved with bricks, from the entrance pavilion to the most representative place. The seven "Stele" that stand out at the edges of the "Way of Memory" contain the names of the soldiers who died after 1993, enriching the path with fragments of memory. In the clearings along the "Way of Memory", seven "Honorary Groves" have been created to host the memorials created abroad since 1993. The "Place of Tranquility" is the final act, the last spiritual stage consisting of a small structure in which to gather. The memorial involved the use of a single element: a handmade, very narrow and long brick in gray-brown tones. The goal was to create a continuum between the various structures and the natural environment. 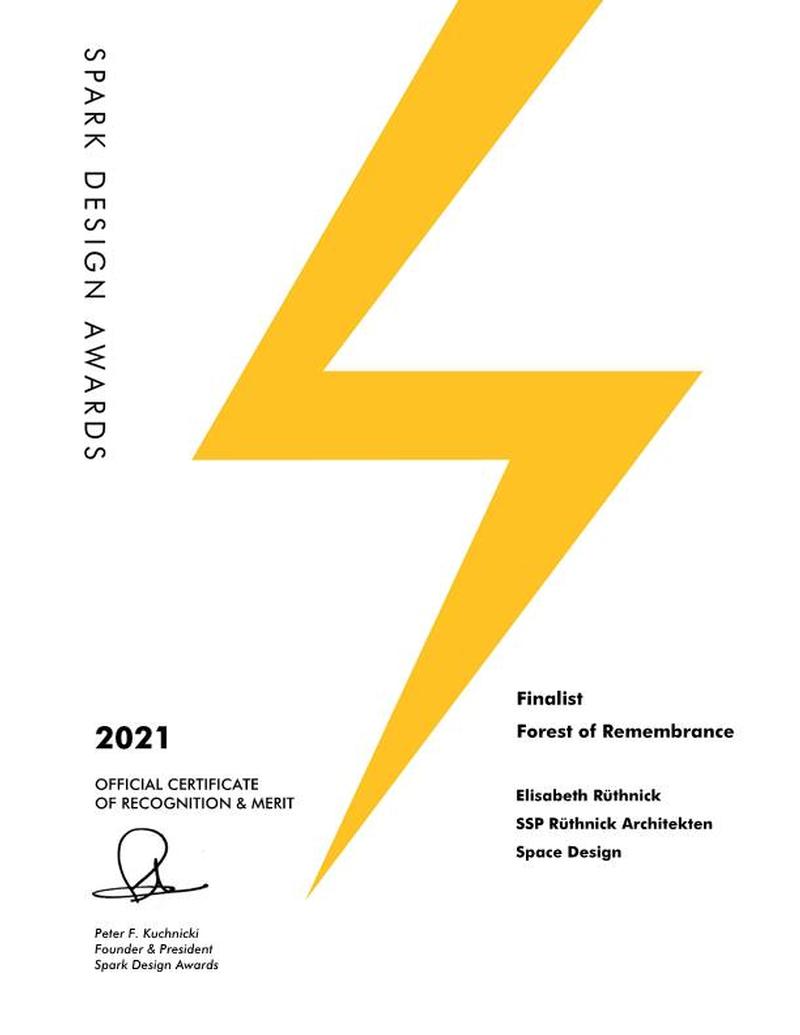