Jiangmen is a city in Guangdong Province in southern China. The city is considered as hometown of overseas Chinese, owing to a large amount of overseas Chinese were originated from Jiangmen. For the purpose of attract overseas Chinese to visit Jiangmen, the local government initiated this project and requested a new brand logo for its culture and tourism section. The logo inspired by a traditional Chinese Character Men which means gate. The shape of logo integrated with features of the Character, as well as the structure of memorial archway. Memorial archway is a traditional arch structured Chinese architectural which can be found in many entrances of villages in China. It was brought from China to many countries by Chinese decades ago and became symbol of Chinatown. The logo further incorporates elements which extracted from cityscape, architecture, cultural heritage, landscape and plants of Jiangmen. Matte gold is chosen to imply the city is plentiful but low-profile.

"Beautifully done. the support pieces are stronger than the identity itself. The individual pieces are nice-- the level of detail draws one in."

"Although difficult to totally understand the cultural subtleties it seems very purposeful and appropriate as a logo graphic on this project. Follow through and usage is also consistent." 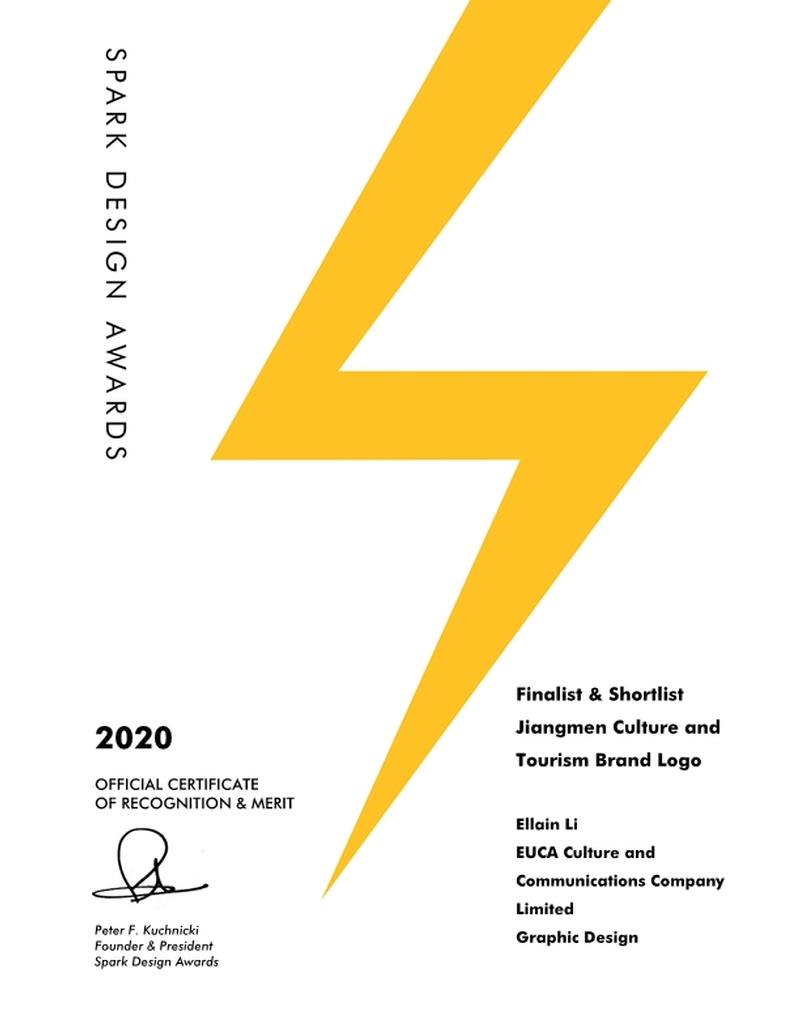