The project design is inspired by the image of Ruyi. “Ruyi” (a ceremonial sceptre), as the name implies, everything goes well, is the traditional auspicious object for Chinese people. In ancient times, when the emperor met with foreign envoys, he also gave Ruyi as a sign of respect and friendship between the two countries. Therefore, the designer takes its meaning of good fortune and its shape as the landmark building, making it the city’s business card in the area. The designer carries out the second creation by extracting, analysing and abstracting the shape of Ruyi to express the contemporary design with new materials and construction methods. The permeability brought by the large glass curtain wall at the bottom extends the functional space, effectively expands the publicity of the space; at the same time, it weakens the scale of the bottom volume, combined with the design of the landscape pool, and increases the floating feeling of the upper space. In this construction, steel structure is used to make a curved shape. The entire facade is covered by white aluminium plates with each plate processed into curves with different arcs through precise calculations. They are perfectly spliced to form a streamlined shape, forming a sense of modern technology and creating the charm of Ruyi. Every design detail is so fully displayed. 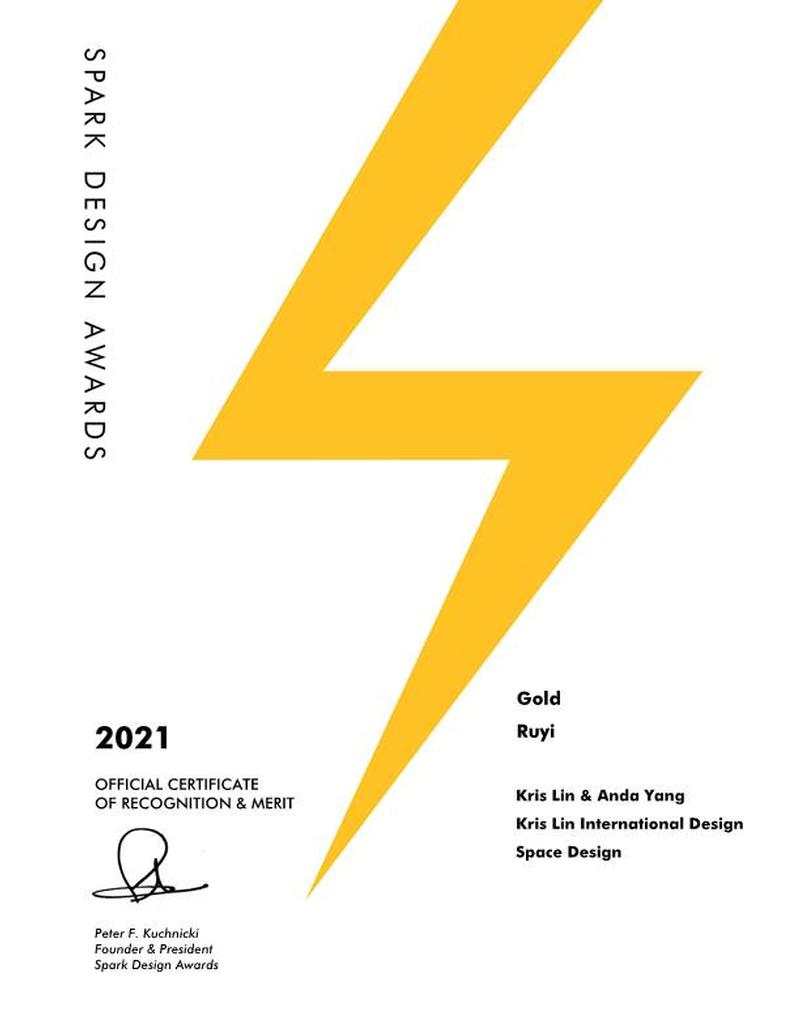